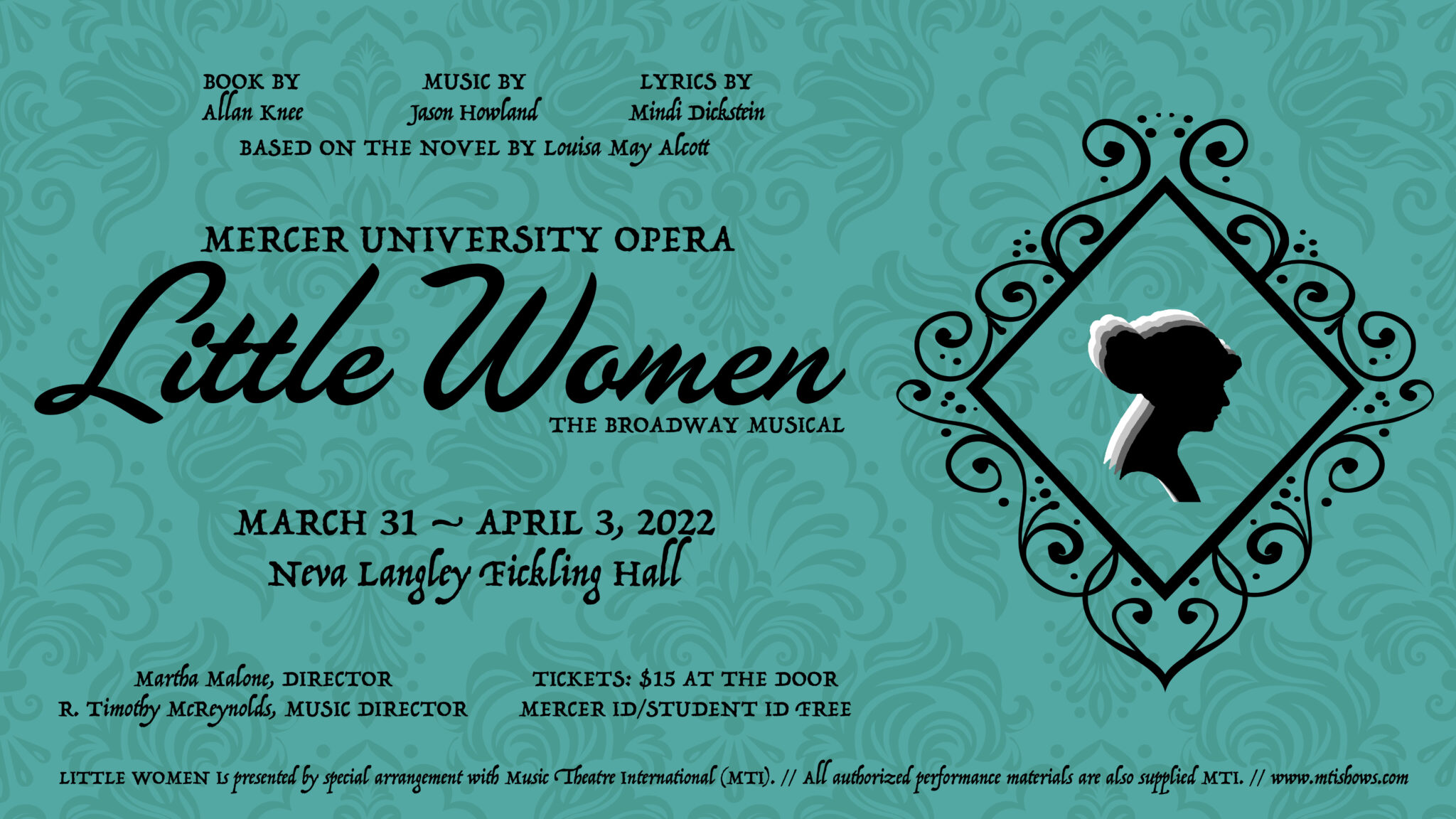 Little Women, the 1868 novel by Louisa May Alcott, is a story beloved by generations of Americans. The heartwarming tale of the March sisters has been adapted in many forms: from film and television to ballet and opera. The first stage play opened on Broadway in 1912; the Broadway musical opened almost a century later, in 2005, to terrific reviews. Wonderful songs that illuminate a timeless story have made this show a favorite with audiences all over the United States. Tickets: $15 adults. Free with Mercer ID or any student ID.

Tickets available only at the door and can be purchased an hour before the performance.